The 5 Largest ESG ETFs (and Their Inclusion Criteria)

Environmental Social and Governance (ESG) Exchange Traded Funds (ETFs) are likely the wave of the financial future. Younger investors, especially, want to put their money where their values lie. Currently, there are approximately 70 ESG ETFs in the U.S., and investors are pouring money into them. If you include ESG mutual funds, the total numbers top 200.

Originally dubbed Socially Responsible Investing, ESG ETFs focus on publicly traded companies demonstrating leadership in ESG fields, while also evaluating the companies’ financial performance. However, the inclusion criteria for companies traded in an ESG ETF is not universal. Although there is a great deal of overlap, each ESG ETF has its own criteria for consideration, and what may prove an issue in one ETF will not rule out a sector in another.

In this article, we’ll take a close look at the inclusion criteria of the five largest ESG ETFs.

The Vanguard FTSE Europe ETF tracks a broad portfolio of European companies and countries, and has $15 billion under management. Top holdings include Nestle S.A, Roche Holdings AG, Novartis and HSBC Holdings, Plc. These holdings range from 2.95 percent to 1.50 percent of the fund’s total. The ETF’s most recent one-year return was 18.84 percent, with a 10-year return of 6.10 percent.

Vanguard explains that its ESC inclusion criteria for ETF funds and its screening process seeks companies with high ESG ratings comparable to other investments and peers. It gives as an example a mining company, an industry with substantial environmental risks. Managers may consider such a company if it is well-ranked on managing its environmental impact, especially when compared with rival organizations. Vanguard notes it is interested in companies dealing with global sustainability practices, especially sea-level rise and flooding, data security privacy, regulatory pressures and demographic changes. The list of excluded companies include the usual suspects for ESGs, including those involved in tobacco, vice products, weapons manufacturers and many oil producers.

One of the largest ESC ETF, iShares MSCI KLD 400 Social ETF has nearly $2 billion in assets under management. As its name implies, the ETF limits its holdings to around 400 companies. As of December 31, 2019, the one-year total return was 31.27 percent, and since its inception in late 2006, the ETF has a return of 8.44 percent.

The ETF’s investment objective states that it tracks the investment results of an index composed of U.S. companies with “positive” ESG characteristics, as per the index provider.

Heavy on IT, roughly 28 percent of the ETF’s holdings are in this field, with nearly 14 percent invested in communications. Top names such as Microsoft, Visa, MasterCard and Intel dominate the former, while Facebook, Alphabet Inc. and Walt Disney are found in the latter.

According to the MSCI USA Investable Market Index (IMI), this ETF does not invest in the following:

MSCI rates securities in individual sectors on a scoring basis ranging from AAA, the highest, to CCC, the lowest. Microsoft, for example, earns a AAA rating.

This ETF concentrates on the highest ESG rated U.S. large and mid-caps stocks in their industries. It works to avoid exposure to any low-ESG rated operations. The USA Leaders’ net assets are approaching $1.9 billion. Since its inception date was just back in May 2019, it does not have a long-term track record. Many of its top holdings are similar to that of the related iShares MSCI KLD 400 Social ETF, although Johnson & Johnson in the healthcare sector plays a more prominent role.

The exclusion criteria is similar to that of the 400 Social, although the prospectus for this fund adds that it will not invest in companies involved in “very severe” business controversies. The inclusion criteria looks for companies with the highest ratings in its ESG sector, and any company must have a minimum AA ranking.

Companies involved specifically in weapons, alcohol, gambling and tobacco are excluded. Inclusion criteria include rankings based on the index concerning:

The fund launched in December 2016 and returned 40.49 percent last year and 22.05 percent since inception. This ETF earns an AA MSCI rating.

The SPRDR S&P 500 Fossil Fuel Reserves Free ETF, with $483 million in assets under management, does not include companies owning fossil fuel reserves from the S&P 500. It was developed as a potential replacement for those investors seeking to eliminate fossil fuels from their portfolios. The ETF defines fossil fuel reserves as “economically and technically recoverable sources of crude oil, natural gas and thermal coal,” but does not include metallurgical or coking coal. These items are used in steel production. Again heavy on tech, top holdings include Apple, Microsoft, Amazon and Facebook. In a breakdown by sectors, IT makes up nearly 25 percent of investments, with healthcare at 14.57 percent and financials at 13 percent.

ESG investing is quickly gaining popularity. Investors today are increasing interested in adopting these principles into their own investment portfolios. 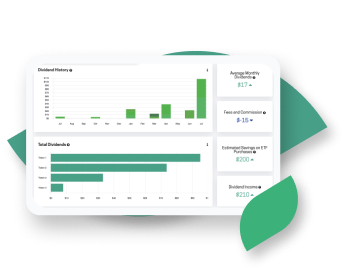 Build your own ESG portfolio now

Set up your ESG portfolio in a few minutes and automate your portfolio management in your brokerage account.