Does The Fall In European Bank Stocks Signal Another Crisis? (FHB) 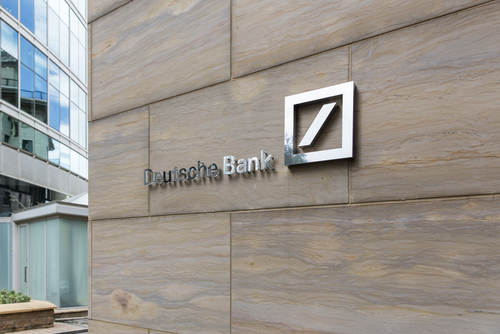 If the first few days of the year portend whats to come, 2016 is looking awfully gloomy for the stock market.

Stock prices around the globe fell relentlessly in January and that downward momentum was carried into mid February. By February 12, the stock market had fallen by more than 20% from the peak it achieved in the summer of 2015, which by definition means the stock market has become a bear market (i.e. a market in which prices consistently go down).

Although most sectors of the stock market went down, few sectors went down as hard as the European banking sector. Over the past six months, the First Asset Hamilton Capital European Bank ETF (Ticker: FHB), which is an ETF that contains European bank stocks, fell by more than 30% (to learn more about ETFs, please read my free book).

The sharp fall in bank stocks reminded some investors of similar events that led up to the financial crisis of 2008, leading them to wonder if were headed for another financial crisis. In this article, I will attempt to answer that question.

While banks today are enormously complicated businesses, we can boil down the essence of banking as follows:

Banks generate revenue by lending money to customers. Such lending takes the form of mortgages, lines of credit, corporate bonds, etc. Banks finance some of these loans using money contributed by the owners of the bank (i.e. shareholders). However, the vast majority of the loans are financed by money borrowed from its customers. Such borrowings include customer deposits at savings accounts, GICs, etc.

If the shareholders are wiped out, the bank will collapse. If that bank is big enough, its collapse could cause a financial crisis, as the loss would cascade through the rest of the financial system.

Recognizing this, governments around the world set rules such that banks cannot lend money beyond a prescribed limit. Theyve also set up various regulators who monitor and enforce the banks compliance with these rules.

The Evolution of Banking Regulation

For a few decades after the Great Depression, the regulators set very strict rules on the banks. The rules prohibited banks from engaging in certain risky behaviour, and they also set relatively low limits on the amount of money each bank could lend. I dont think it was coincidence, therefore, that the Western world didnt experience any financial crisis for over three decades after the Great Depression.

However, that all began to change starting in the 70s. During this period, the school of economic thought that favoured deregulation became very popular. This school of thought assumed that humans always made rational choices, and so they reasoned that if the government gave the banks the freedom to lend as much money as they wanted, the banks would stop short of taking too much risk, since doing so would endanger their own livelihood.

As those who adhered to this school of thought came to occupy various branches of the government, they began to push through changes that allowed banks to lend more money and to engage in riskier behaviour. As one example of this change, the reserve ratio, which is one form of a limit that the regulators put on bank lending, fell from over 12% in 1968 to 8.5% by 1988. (A lower reserve ratio allows a bank to lend out more money.)

Unfortunately, banks didnt prove to be good self regulators. Both the frequency and severity of the banking crisis increased from the 70s onwards, culminating in the 2008 financial crisis that nearly destroyed the global financial system. In the aftermath of the 2008 crisis, governments began to rethink their approach towards banking regulation, and began to reverse some of the deregulation that had started in the 70s.

The move towards stricter regulation culminated in the development of an international regulatory framework known as the Basel III. The framework is complicated, so Im going to oversimplify things a little bit. Compared to its predecessors framework (called Basel II), Basel III requires a higher proportion of a banks loans to be financed using its shareholders money.

While banks could have met this requirement by lending less money as loans, most of them chose not to take this route. Why not? It could be because doing so would have decreased the banks size, which would have caused a loss in prestige. Instead, most banks chose the other way to meet the new requirements - by raising more money from their shareholders.

Since the inception of Basel III, European banks have raised tens of billions of euros or more by selling their newly issued shares, and such large sellings of shares kept a lid on the banks share prices. The stock market, in many ways, operates just like any other market - when theres more supply than demand, the price goes down.

The poster child of this problem is a German bank called Deutsche Bank (Ticker: DB). DBs stock has fallen more compared to most other European bank stocks, and one of the main reasons is that DB needs to raise more money than most other banks in order to satisfy the new regulatory requirements.

Furthermore, as I explained earlier, more money raised from shareholders means that European banks will generate less profit for shareholders going forward. Investors have recognized this as well, which has kept the share prices of European banks low.

The Role of Sovereign Wealth Funds

One of the largest sets of shareholders of European banks are called sovereign wealth funds. These are funds set up by different countries in order to invest in their foreign currencies. For example, China has a sovereign wealth fund called the China Investment Corporation.

Some of the biggest sovereign wealth funds are owned by major oil producing nations such as Saudi Arabia. When oil prices were high, these countries received much more foreign currency than they spent, which allowed them to accumulate huge amounts of foreign currency savings. These countries then channeled much of this money to their sovereign wealth funds in order to generate investment gains.

However, with the recent plunge in oil prices, the flow of currency has been reversed for many of these countries. For example, Saudi Arabia was said to be spending $18 billion/month more than they were taking in through oil sales as of November. Since oil prices are lower today, the number is almost certainly above $18 billion/month today.

In order to raise money for their spending, Saudi Arabia and many other oil producing countries have been withdrawing money from their sovereign wealth funds, and selling stocks held in the funds in the process, which, when sold in such high numbers, naturally lowers the prices of those stocks.

In summary, European bank stocks are down because of a perfect storm. As regulation became stricter, the banks issued more shares, which kept prices down. Regulation also made banks less profitable, which made investors less likely to buy stocks. Finally, a large contingent of shareholders consists of sovereign wealth funds, who have had to sell European bank stocks in order to raise money for their governments.

Fortunately, the reasons European bank stocks went down have little to do with any worry that these banks will become insolvent. In fact, its been the opposite - as banks have become safer, they have become less profitable and less appealing from a profitability point of view.

Therefore, Im not worried that the recent fall in European bank shares will lead to a crisis.

On the contrary, Im hopeful that the recent changes in regulation will lead to less frequent financial crises.

Its hard to know without detailed analysis whether European bank stocks are cheap enough to invest in today. But if their prices continue to fall, they will definitely merit investigation. If the analysis reveals that theyre cheap enough, investing in an ETF like FHB will make sense.