Explanation of The Convertible Bond Strategy 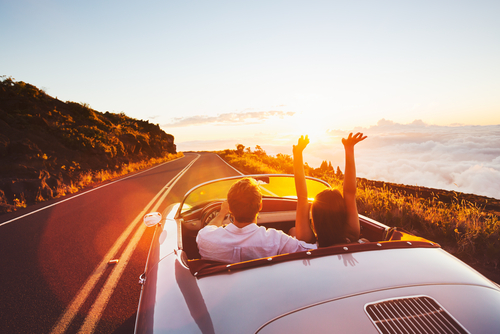 On the third Monday of each month, Ill comment on the performance of the premium portfolios and provide some additional analysis related to individual stocks. In this article, I will explain how many sophisticated investors use convertible debentures to protect against risk.

The performance of MoneyGeek's premium portfolios for the month of August 2016 were as follows:

The stocks that experienced significant price movements are listed below:

COH: The price of Coach shares went down by 11.3% last month, as the company reported slightly lower than expected earnings. Still, the company was able to increase both sales and profits compared to last year. As long as the company keeps growing its profits, it will only be a matter of time before share prices recover.

TOU.TO: Tourmaline Oils share price went up by 10.3% last month, thanks to persistently high natural gas prices. At the end of August, natural gas prices in Alberta, where Tourmaline operates, reached $2.70/mcf (thousand cubic feet). At these prices, there is no question that companies like Tourmaline are generating profits, which I believe is what has led investors to put more money into their stock.

Since investors are feeling more positive about natural gas, one would have thought shares of Bellatrix would have gone up as well, since the company also primarily produces natural gas. However, that was not the case as Bellatrixs share price went down by 8% last month.

I believe we can trace the decline in Bellatrixs share price to several factors, one of which is related to the new issuance of convertible debentures, or convertibles for short. Convertibles are debt that can be converted into shares at a fixed price. In Bellatrixs case, the owner of the convertibles can turn each $1.62 worth of the debt into a share (i.e. if the owner has $1,000 of the debt, he/she can turn it into 617 shares at any time).

In the rest of this article, Ill explain one of the popular strategies involving convertibles, and explain how it may have contributed to the decline in Bellatrixs share price.

Let me begin by explaining the motivation behind the strategy. Lets say you own some oil company stocks, and you want to hedge against their risks. Hedging means taking investment positions that offset another position, such that you limit the loss of the portfolio as a whole.

For example, lets say that stocks ABC and XYZ tend to move in opposite directions, such that when ABC goes up by 5%, XYZ goes down by 5%, and vice versa. Then when you hold both ABC and XYZ, your portfolio as a whole wont likely move much. In this example, you say that XYZ hedges against ABC.

Big investors routinely use hedging to manage the risks of their portfolios. Unfortunately, it can be difficult to find good hedging investments. Investors who own oil stocks can hedge their investments in a few ways.

First, they could hedge by shorting (i.e. betting against) oil. While this method will protect investors against the decline in oil prices, it wont protect them against other risks such as regulatory risks. For example, it wont protect stocks against the risk of a fracking ban in some regions.

Second, they could short other oil stocks. Shorting stocks involves borrowing shares from someone else, and selling those shares. While shorting gives a more comprehensive hedge, theres the risk that the price of the shorted stock will surge, leaving the investor with heavy losses. This can happen if, for example, the shorted company gets taken over by another company. When such takeovers are announced, the acquirees stock price can surge by up to 50% in a single day.

The beauty of this strategy is that no matter how high Bellatrixs share price goes, the investor will only suffer limited losses. To illustrate my point, lets say that the investor bought $1,000 worth of convertible bonds, and were able to borrow and sell 617 shares at $1.30/share. To take this position, the investor would spend a total of $1,000-617x$1.30 = $198.

Of course, if the price of convertible debentures falls faster than the price of shares, the investor could lose money. For example, if debentures fall to $700 but the stock price only falls to $1.20, the investor would incur a loss of $300-617x$0.1 = $238. However, such a scenario is highly unlikely. In a bankruptcy situation, debenture holders have the right to get paid first before any money is paid out to shareholders. Therefore in some circumstances, debentures may hold value while shares dont, but if debentures dont hold value, shares wont either.

Now, you may wonder what would happen if both debentures and shares become worthless. In this case, the investor loses $1,000 on the debentures, but gains 617x$1.30=$802 on the shorted shares. The overall loss is $198, the same as in the earlier scenario when Bellatrix shares went to $2.00/share.

Although its possible for both debentures and shares to become worthless, investors will very rarely suffer this type of scenario. Most companies dont become bankrupt overnight. Instead, the perceived chance of bankruptcy increases steadily until the company does hit that undesirable milestone. As the chance of bankruptcy increases, the price of shares will typically nosedive much faster than the price of the convertible debentures. Therefore, the investor who uses the convertible strategy will typically have many chances to sell his or her debentures for some value, even when the shares become worthless.

To summarize, using the convertible debenture strategy allows an investor to bet against a company while limiting his or her potential losses. In the examples Ive cited so far, the maximum the investor could lose is $198.

As someone whos optimistic about Bellatrixs prospects, I personally prefer to own their shares, rather than use the convertible strategy. But with other companies, using the strategy may be appealing.