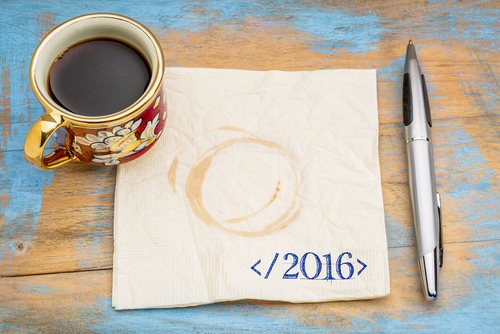 At the beginning of every month, I brief members on how MoneyGeek's Regular portfolios have performed and comment on the state of the financial markets. In this update, Ill also review the annual performances of MoneyGeeks freely available portfolios.

The performance of MoneyGeek's Regular portfolios for the month of December 2016 were as follows:

I've chosen to list below the performance of some of our competitors. For the sake of brevity, I've decided to show only those portfolios that have a similar risk profile to MoneyGeek's Regular Slightly Aggressive portfolio.

In contrast to our competitors, MoneyGeeks Regular portfolios employ stocks/ETFs that follow the value investing strategy (QVAL, IVAL and BRK-B), and also allocate a larger percentage of the portfolios toward Canadian preferred stocks (through ZPR.TO) and Canadian oil and gas stocks (XEG.TO). If you would like to take a look at our portfolios, I invite you sign up for our free regular membership.

In December, MoneyGeeks portfolios outperformed its competitors. ZPR.TO (the preferred shares ETF) went up by 4.8%, outperforming the common stock market. Many preferred shares will reset their dividends to higher rates as interest rates go up. Investors may have decided that they like that feature. BRK-B also continued its surge, going up by 3.6% last month as several stocks that BRK-B holds have continued to go up.

For the rest of this article, Ill first present a detailed review of MoneyGeeks Regular portfolios. Then, Ill review the performances of other portfolios available to MoneyGeeks regular members.

Performance of Regular Portfolios in 2016

The following table shows the return and standard deviation of the Regular portfolios in 2016. If youre unfamiliar with standard deviation, just think of it as a risk measure, where a higher number indicates higher risk.

To understand why MoneyGeeks portfolios performed well, lets go over each component that makes up the Regular portfolios.

iShares Canadian Short Term Bond Index ETF (Ticker: XSB.TO): XSB.TO had an unremarkable year, going up by 0.8%. This is expected, since I consider buying this ETF to be the equivalent of putting money in a savings account.

Some readers may recall that Ive advocated buying XSB.TO over XBB.TO, since the latter contains some long term bonds. As my free book explains, long term bonds are much more sensitive to interest rates than short term bonds, so while XBB.TO generated a slightly higher return of 1.4%, it came with much greater volatility. Whereas XSB.TO moved within a range of 1.5% over the past year, XBB.TO wandered within a much greater range of roughly 5%.

XBB.TO may become even more volatile in the coming months and years. Ive previously explained that well probably see higher inflation if Trump follows through with his campaign promises. XBB.TOs price will lurch up and down depending on the actions of the U.S. government, which may prove to be unpredictable. Furthermore, if significant inflation does materialize, XBB.TOs returns will suffer. Therefore, I feel good about leaving XSB.TO in the Regular portfolios, as well as in other MoneyGeek portfolios.

BMO Laddered Preferred Share Index ETF (Ticker: ZPR.TO): Since I introduced ZPR.TO into the Regular portfolios on Jan 30 2016, it has generated returns (including dividends) of roughly 24%.

Back when I first announced my decision to include ZPR.TO in the portfolios, I argued that preferred shares were irrationally cheap. I think the performance of ZPR.TO since has proven that I was more or less correct.

The price movement of ZPR.TO serves as an example of how irrational investors can be. Back in April 2015, I had argued that preferred shares were expensive because they were misunderstood by the dividend chasing crowd. It then took less than a year for ZPR.TO to go from being overvalued to being undervalued, as its price plunged from $12.60/share in Apr 2015, to a low of $8.60/share in Jan 2016.

Some people advocate following a fixed portfolio at all times, arguing that humans are rational and that the markets are always fairly valued. But for those who disagree with this assessment, theres money to be made from taking advantage of human irrationality.

ValueShares International Quantitative Value ETF (Ticker: IVAL): Since I introduced IVAL to the Regular portfolios on Jan 30 2016, it has generated returns of about +9.3% in Canadian dollar terms. Unlike a plain vanilla international stocks ETF such as the SPDR MSCI ACWI ex-US ETF (Ticker: CWI), IVAL selects stocks using a sophisticated value investing strategy. Plain vanilla ETFs dont employ a strategy to pick stocks, but holds all eligible stocks instead. IVALs strategy paid off in 2016, as it outperformed CWI by roughly 6%.

ValueShares U.S. Quantitative Value ETF (Ticker: QVAL): Whereas IVAL employs the value investing strategy to invest in international stocks, QVAL does the same to invest in U.S. stocks. The strategy paid off for QVAL as well. Since its introduction to the Regular portfolios on Jan 30 2016, QVAL generated returns of +15.4%, whereas the SPDR S&P 500 ETF (Ticker: SPY), which is a popular plain vanilla U.S. stocks ETF, returned +10.9% during the same period.

I believe that QVAL and IVAL will continue to outperform plain vanilla ETFs by similar margins going forward. Value investing is about buying stocks for less than theyre worth. As long as the algorithm can do a decent job of assessing whether a stock is undervalued, the ETFs will outperform in the long term.

However, that doesnt mean that QVAL and IVAL will always outperform plain vanilla ETFs. There are two reasons for this. One reason is that there are limits to how well an algorithm can select stocks, and so QVAL and IVAL will inevitably choose duds now and then. The other reason is that sometimes, cheap stocks can stay cheap for a long time, not because theres anything wrong with them, but because they simply fall out of favour with investors. Therefore, I expect QVAL and IVAL to have bad years in the future, but on average, I expect similar performances as theyve achieved this past year relative to plain vanilla ETFs.

Berkshire Hathaway (Ticker: BRK-B): In March of last year, I gave a detailed explanation as to why I thought that BRK-B, headed by the famous Warren Buffett, was very undervalued. I believe that other investors have begun to see things my way, which resulted in the stock going up by 25.6% last year.

The big increase in BRK-Bs stock price means that I dont consider it as undervalued as it was before. However, the stock will have to rise much more before Ill believe its overvalued.

iShares S&P/TSX Capped Energy Index ETF (Ticker: XEG.TO): XEG.TO is an ETF that invests in oil and gas stocks, so its performance was inevitably tied to oil. Thanks to the increase in oil prices, XEG.TO went up by a big 38.9% last year. I talk about oil a fair bit on my blog, and particularly in my TFSA updates, so I wont reiterate my views here. I invite you to come visit this blog regularly if youd like to hear my views on this sector.

Now that we have examined the drivers behind the Regular portfolios performance over the last year, let me briefly comment on MoneyGeeks other model portfolios, excluding the premium portfolios which Ill comment on elsewhere.

Performance of MoneyGeeks Other Portfolios in 2016

The All Canadian portfolios include only ETFs that are traded in Canada. The portfolios therefore dont include QVAL, IVAL and BRK-B, all of which are traded in the U.S., but are configured similarly to the Regular portfolios otherwise.

The Optionable portfolios consist only of ETFs for which you could buy put options for. Unfortunately, many ETFs dont have a decent options market, so this limits the selection of ETFs.

In summary, MoneyGeeks portfolios had a great year in 2016. I dont expect every year to perform as well, but Im hopeful that well continue to see strong performances going forward in typical years.